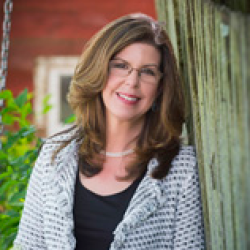 Sleep Apnea Headache and Migraine – What You Need to Know

A few months ago, I had to admit to myself that I probably have sleep apnea headache. I cringe each time I think about it as I really don’t want to do a sleep study and worst of all, I don’t want to deal with a CPAP machine. I know, I know. There are other options, but all I can envision is the un-sexiness of it all. So, thank you for listening to my pathetic confession. Yes, I’m a writer for Migraine Strong and I’ve always known the answer to the question, can sleep apnea cause headaches and migraine. I have responded to hundreds of social media threads about the topic and suggested that people get tested. Oh, the hypocrisy of it all!

Let’s take a good look at this topic to help you understand more about the relationship between sleep apnea and migraine headaches and what you can do about it.

What is sleep apnea?

Sleep apnea can be a serious condition. When someone has sleep apnea, the oxygen supply to their brain is disrupted while they are sleeping. It can happen from a brain disorder called central sleep apnea. This is when the brain fails to signal the respiratory system to breathe properly. More commonly, apnea is due to blockages or temporary collapsing of the airway that can occur during sleep. The brain sends the signals to breathe but the person’s airway isn’t staying open. This type of apnea is called obstructive sleep apnea. The incidence of sleep apnea has increased in the United States and is estimated to effect 26% of adults between the ages of 30 and 70 years old. Does sleep apnea cause headaches?

Yes. Headaches, specifically morning headaches, are a symptom of sleep apnea. It’s so common that it has its own official headache classification. If you spend time in social media dedicated to sleep apnea support, the question about sleep apnea headache comes up quite a bit. The most common symptom is the feeling of being unusually tired and fatigued during the day?  Sound familiar?  This is also a very common complaint for people with frequent and chronic migraine.

When sleep apnea headaches are properly treated, it is expected that symptom is resolved within 72 hours. That sounds good, eh? No more morning headaches. Feeling less foggy and better-rested.

According to the NIH, these are the signs:

The common symptoms of sleep apnea are:

The risk factors for sleep apnea are:

Can sleep apnea cause migraines?

The relationship between sleep apnea and migraine is not a direct one. Headache, yes. Migraine, no.  So here is the bridge –  inconsistent and/or poor quality sleep is one of the biggest migraine triggers. Compared to the average person, those of us with migraine have between a 2 and 8 times higher likelihood of having sleep disorders, not just apnea.

In a study looking at 2 very important neurotransmitters (chemical messengers) in people with sleep apnea, significant changes were noted.  These neurotransmitters, glutamate and gamma aminobutyric acid (GABA), are thought to play a significant role in migraine and continue to be studied. The study showed that the disrupted breathing may shift the balance of these two neurotransmitters in such a way as to contribute to anxiety, depression and cognitive difficulties. Additionally, the study suggested that the high glutamate shift would facilitate “excitotoxic processes.” Could this excitotoxic process be part of the cascade of metabolic changes that occur at the start of the migraine process?  Perhaps the deleterious increase in glutamate and decrease in GABA contributes to our migraine threshold? I’m not ready to shout, “Eureka!” but it’s certainly good food for thought.

In a recent literature review and meta-analysis that included studies of people with migraine and other chronic pain conditions, anomalies in glutamate and GABA were noted. It’s hard to be certain whether or not apnea is causing these chronic painful conditions. It might be a chicken/egg question. However, logically, if making an effort to bring these neurotransmitters in better balance can improve these painful conditions, I’m sure we’d all be in favor of doing what it takes.

First, talk to your doctor about your concerns. If you are reading this you have likely been diagnosed with migraine. You may already be concerned about the fatigue and brain fog associated with migraine as well as comorbid mood disorders such as anxiety and depression. Addressing a possible sleep disorder may help your energy level, cognitive skills, mood and overall health. I didn’t get into the topic of the substantial health implications of sleep apnea, but you can read about it here .

Second, make sleep a priority. There are few things that all neurologists agree on, but the importance of quality sleep in managing migraine is undisputed.

Sleep is a migraine treatment. It is both a preventive as well as an acute treatment.

For those with vestibular migraine, sleep has unique challenges. Do all it takes to help optimize your Zzzs and give you the best chance for a peaceful, migraine-free day.

Medical interventions to help you

I’m never far from my favorite book for people with migraine, The End of Migraines. 150 Ways to Stop Your Pain, by prominent headache specialist, Alexander Mauskop, MD. I just consulted the section in which he discusses sleep apnea and migraine and am relieved to learn about other options besides the sexy CPAP mask. I think I’ll call my doctor now! Neura Health Online Migraine Clinic – Is It Right For You? Headache After Socializing – How to Avoid Them and Still Have Fun